John Deere is laying off 163 workers across its Davenport, Iowa and East Moline, Illinois plants. 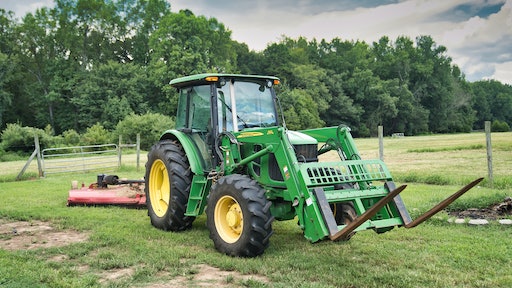 John Deere is laying off 163 workers across its Davenport, Iowa and East Moline, Illinois plants. Despite the reduction in labor, the plans will remain open and operational.

The layoffs will be effective on Oct. 28 and are driven by decreased customer demand.

The company has voiced their concerns about low customer demand on multiple earnings call, saying that agricultural equipment was especially low. Since the trade war started last year between the United States and China, farmers have been forced to repair old farm equipment, rather than replace them with new, expensive equipment. Meanwhile, the trade tensions have virtually closed U.S. farmers' largest export markets.

In August, John Deere claimed that uncertainty in the agricultural industry had only increased throughout the year, prompting worldwide net sales for the company to be down by 3% and down 6% year-over-year in the agricultural segment of the business alone.

John Deere isn't the only landscaping company that is being hurt by the tariffs, though.

The on-going trade war between China and the United States has prompted over 2,500 U.S. companies to seek tariff exemptions on 31,000 products before duties increase on Oct. 15, with Arrowhead Engineered Products making up nearly a third of requests.

Out of the more than 13,000 requests under the first two round of tariffs, the trade office has denied 61%.

U.S. Imposing Tariffs on Heavy Machinery from the EU