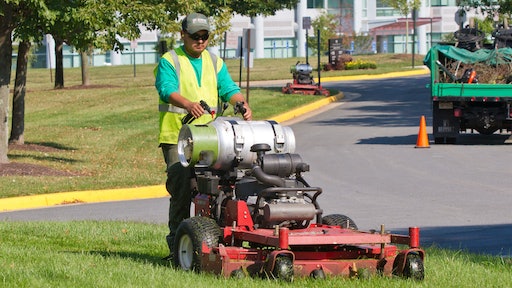 U.S. President Donald Trump has signed an executive order to suspend the issue of new H-2B visas, along with other temporary worker visas, through the end of 2020.

The move is intended to help the coronavirus-battered economy, but which business groups strongly oppose.

Both the National Association of Landscape Professionals and Irrigation Association are among those expressing disappointment in the administration’s actions on the H-2B visa program.

The effects of the proclamation may not be immediately felt as the issuance of work visas had already dramatically declined due to the coronavirus pandemic.

The landscape and irrigation industries are the largest users of the H-2B visa program, which is a vital component of landscaping’s seasonal business during critical times of the year when manual labor demands expand quickly.

“While we are appreciative that the president excluded critical H-2A workers from this executive order, we are disappointed that this administration continues to target the H-2B seasonal guest worker program, which creates American jobs and benefits small businesses everywhere,” said IA Government and Public Affairs Director John Farner.

H-2B visas are for seasonal non-agricultural labor. The United States issues 66,000 per year, although it sometimes grants additional visas based on demand. They are generally valid for up to three years and are popular in industries like food processing, hotel work, and landscaping. In fiscal year 2019, the Department of State issued 97,623 H-2B visas for both new applicants and renewals. Some 72,339 were for Mexican citizens.

The order signed on June 22 also applies to H-1B visas, H-4 visas, L-1 visas and some J-1 visas. The move is a follow-up to signing a more narrow measure in April. The restrictions will remain in place for the rest of the calendar year and can be extended.

In a statement responding to the order, NALP officials note that as the nation continues to recover from the COVID-19 pandemic, H-2B workers would continue to play an integral role in the economic recovery.

The statements says H-2B workers support the hiring, promoting, and retaining of American workers and the expansion of the companies that use this valuable seasonal guest worker program.

“It’s unfortunate that President Trump has minimized the landscape industry’s specific labor needs in a way that will hurt landscape companies throughout the nation,” NALP says.

Both the NALP and IA are urging the president to reconsider the order.

“We would hope that the president promptly reconsiders the executive order and amend the order to lessen the impacts on the landscape industry and the essential services we provide to the nation as we look towards assisting in protecting people, their property, and the environment while bolstering a robust economic recovery in 2021,” the NALP says.

“We urge the president to fully reinstate the H-2B program as soon as possible, so our nation’s landscape and irrigation companies can continue providing the essential services to American homes and businesses throughout the United States,” he says.