H-2B is a vital component for landscaping company's seasonal business 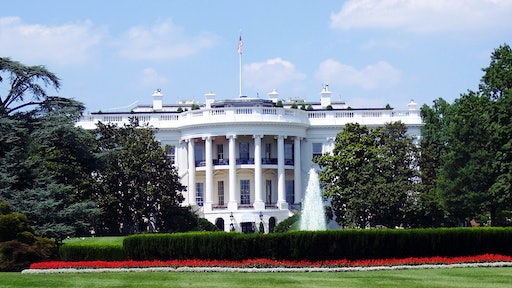 The National Association of Landscape Professionals is urging the Trump administration to reinstate the H-2B visa program.

On Monday, June 22, the president signed an executive order to further limit the entry of immigrants into the United States. The order extended and expanded the scope of an previous  order issued on April 22 which suspended entry of immigrants into the U.S. Under the latest version, the order also suspends temporary guest worker programs, such as  H-1B, H-2B, H-4 , L-1 and some J-1 visas, until the end of 2020.

The landscape industry is among the largest users of the H-2B visa program, which is a vital component of landscaping’s seasonal business during critical times of the year when manual labor demands expand quickly.

H-2B visas are designated for seasonal non-agricultural labor. The United States issues 66,000 per year, although it sometimes grants additional visas based on demand. They are generally valid for up to three years and are popular in industries like food processing, hotel work, and landscaping. In fiscal year 2019, the Department of State issued 97,623 H-2B visas for both new applicants and renewals. Some 72,339 were for Mexican citizens.

Both the National Association of Landscape Professionals and Irrigation Association are among business groups expressing ire at the administration’s actions relating specifically to the suspension of the H-2B visa program.

“We were working really closely with those that have influence in the White House to exempt H-2B from any temporary suspension,” says Andrew Bray, VP of government relations for NALP. “There were warring factions inside of the White House, those that were friends with us and understand how beneficial H-2B is to our economy that were helping us and those that have political agendas against H-2B and opposed us. We, unfortunately, lost that battle. So now we will continue to work with our friends in the administration and Congress to urge change and ensure minimal impacts on the 2021 landscape season.”

He notes that NALP is working with congressional offices to craft legislation in a FY 2020 Appropriations bill that will force the administration to release H-2B visas for 2021.

Additionally, NALP officials continues outreach with the administration to encourage the order be rescinded.

Lastly, Bray says NALP is exploring all possible legal remedies with other concerned business groups that are adversely impacted by the executive order.

“While we are appreciative that the president excluded critical H-2A workers from this executive order, we are disappointed that this administration continues to target the H-2B seasonal guest worker program, which creates American jobs and benefits small businesses everywhere,” said IA Government and Public Affairs Director John Farner. “We urge the president to fully reinstate the H-2B program as soon as possible, so our nation’s landscape and irrigation companies can continue providing the essential services to American homes and businesses throughout the United States.”

The effects of the proclamation may not be immediately felt as the issuance of work visas had already dramatically declined due to the coronavirus pandemic.

Here are some key components of the executive order:

The order is intended, according to the administration, to help the coronavirus-battered economy.

Trump states in the order that “the Secretary of Labor and the Secretary of Homeland Security reviewed nonimmigrant programs and found that the present admission of workers within several nonimmigrant visa categories also poses a risk of displacing and disadvantaging United States workers during the current recovery.”