Several Rotary Corporation employees were recognized for outstanding performance in sales and leadership during the company national sales meeting. 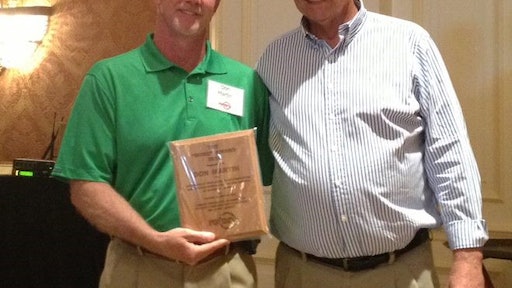 Rodney Collins and Billy Sapp received the Salesperson of the Year Award for exhibiting superior salesmanship while Greg Vaughan was presented the Sales Department Award for illustrating the requirements of a “model” sales representative.

The Duke Award, named in honor of the company’s late founder, Duke Harvey, was presented to Don Martin, chief financial officer. The recipient consistently displayed competitive and positive approaches to the continued growth and success of Rotary.

Most Improved Sales Territory was awarded to James Copeland for increasing business in a highly competitive sales region. Gordon Howes was the recipient of the Ace Award, which recognizes “Outstanding Achievement and Attitude by a Sales Representative.”