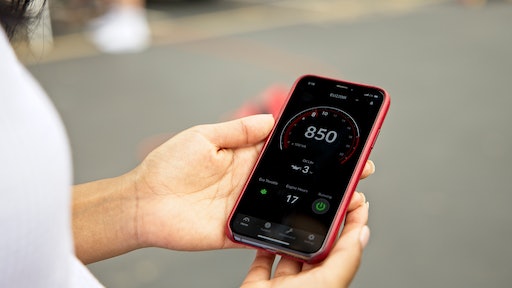 Honda Power Equipment has launched the Honda My Generator Bluetooth App, which allows users to start (electric start models only), stop, and monitor critical operations of a portable Honda generator remotely from a compatible Apple device or Android smartphone through a Bluetooth interface.

Honda Power Equipment launched its Honda My Generator Bluetooth App during the active 2020 hurricane season, a time when many consumers are preparing their  homes and families against powerful tropical storms. The app operates within a 75-foot line of sight, allowing the user to start (electric start models only) and stop the generator, monitor a range of information, such as output power, engine operating hours, oil life, (fuel level EU7000iS only), estimated run times based on power usage, as well as receive warnings and routine maintenance reminders.

The Honda My Generator Bluetooth App also allows the user to control multiple, compatible Honda generators from a single mobile device. On Honda generators that feature electric start — the EM5000, EM6500 and EU7000iS — the Honda My Generator Bluetooth App allows for remote starting, stopping and monitoring. Honda pull start models, such as the EU2200i, require manual start-up, but the new app allows for remote stopping and monitoring.

“The Honda My Generator Bluetooth App combines remote generator operation and monitoring with impressive performance, unmatched convenience, and a host of other benefits designed to deliver maximum remote freedom and control to the user,” says Will Walton, vice president of Honda Power Equipment. “Our Honda My Generator Bluetooth App puts valuable information in the palm of the hand of the consumer and provides an exceptional user experience. Whether someone is depending on a generator at home during a storm or enjoying an adventure at a remote campsite, this new Honda technology offers enhanced ease of use and flexible operation.”

The Honda My Generator Bluetooth App operates with selected Apple devices and Android smartphones. The app is compatible with the majority of iOS devices introduced during the last four years, including iPhone 6, 6S, 6 Plus (and newer), along with the iPad Pro 13.3 (and newer)—Apple devices using iOS versions 11.0 (and newer). The app also is compatible with Android smartphones using software versions 9.0 (and newer). The Honda My Generator Bluetooth App is easy to install and operate: the owner simply downloads the app and follows the pairing instructions.

Honda Power Equipment will roll out the Honda My Generator Bluetooth App on selected generator models throughout 2020, starting in September with four models— the EU2200i and EU2200i Companion Super Quiet Series inverter generators for work, home, and recreational applications and the Deluxe Series EM5000 and EM6500 units for home backup and workplace power. The Honda My Generator Bluetooth App will be available on the EU7000iS and the EU2200i Camo models later this fall. 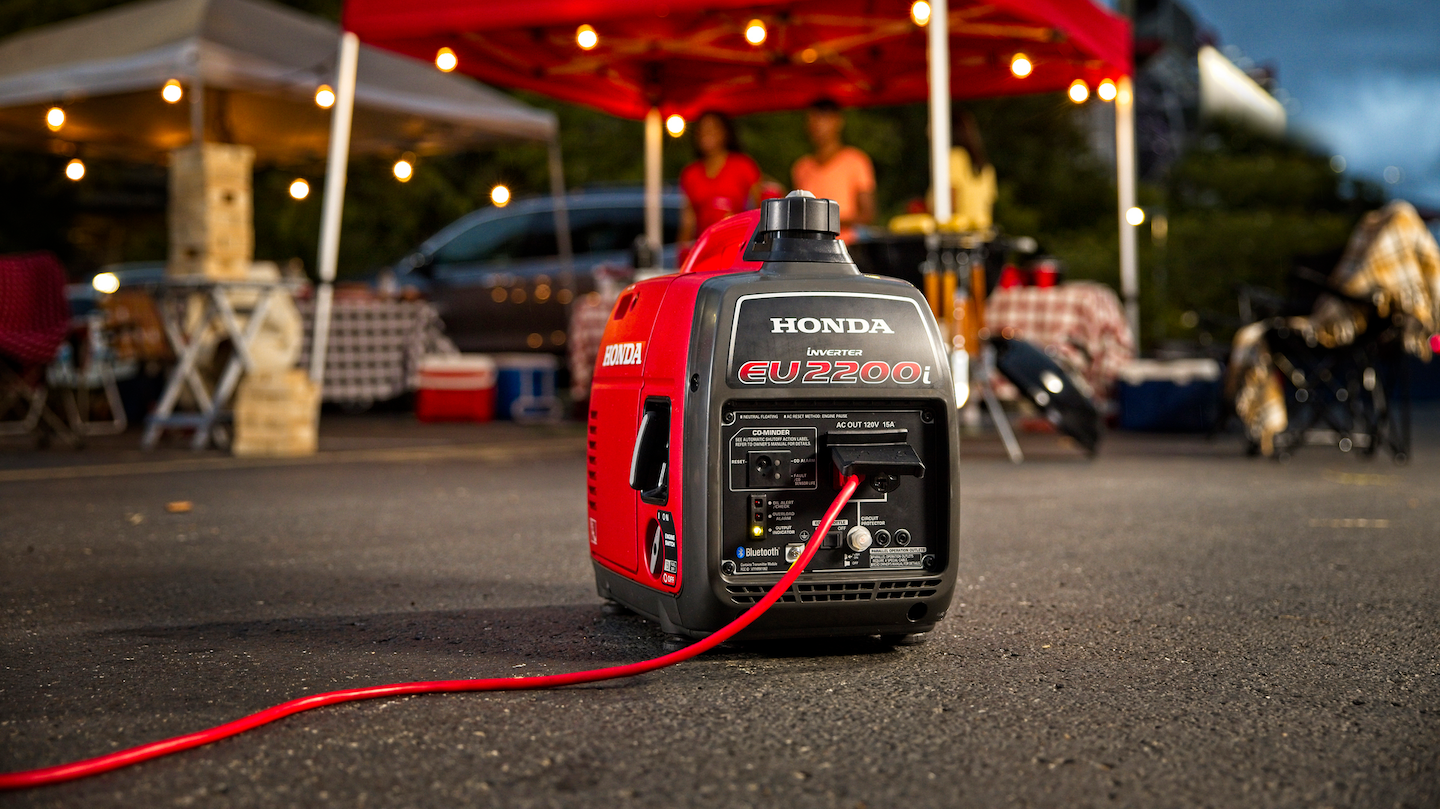 The Honda EU2200i, EU2200i Companion, EU2200i Camo and EU7000iS models provide reliable power for a wide range of outdoor recreational activities including tailgating gatherings or a trip to the great outdoors.Honda Power Equipment

● The Honda EU2200i delivers 10 percent more power than the best-selling EU2000i model it replaced in 2018, enabling customers to power more of what they need. The 200-watt power increase offered by the Honda EU2200i generator gives users the opportunity to step up to more uses and bigger applications, without an increase in generator weight, size or cost. For example, an extra 200 watts could mean the addition of a slow cooker, or a box fan or a computer, to what’s already being powered. Technical enhancements result in more power and maximum output at lower rpms, delivering customers quiet, portable power. The model also features a run time of 3.2 to 8.1 hours on a single 0.95-gallon tank, depending on the generator load. Color-coded start up components, an easier oil fill/drain, and a convenient fuel shut-off valve make the Honda EU2200i generator easier to use and maintain.

● The Honda EU2200i Camo has a Realtree Camo exterior, created especially to blend in with natural surroundings. The lightweight EU2200i Camo generator features a totally enclosed body for noticeably quieter performance to enhance the outdoor experience.

● Honda offers the EU7000iS in its Super Quiet Series. Addressing customer demand for an even more powerful model — while still portable and exceptionally quiet — the compact and fuel-efficient EU7000iS generator comes in at a total dry weight of 261 pounds. It produces 7,000 watts at peak power at a quiet 58 dB(A). The Honda EU7000iS also incorporates the company’s first application of electronic fuel injection into a generator design, resulting in greater fuel efficiency, easy starting without the need for a choke and longer operating times. Electronic fuel injection also allows for longer-term fuel storage without having to drain a carburetor or perform other related maintenance. The generator incorporates a convenient one-touch, push button electric start switch.

● The EM5000 and EM6500 generators feature electric start, long run times on one tank of fuel, and 20-amp GFCI duplex receptacles. Powered by the Honda iGX engine, the EM models include the iAVR Power feature that enhances generator performance and power output. iAVR is a Honda Generator exclusive system incorporating Honda DAVR (Digital Auto Voltage Regulator) that realizes a 50 percent reduction in voltage fluctuation over other AVR systems. For up to 10 seconds, the iAVR allows for increased wattage above the maximum rating to start high-ampere load applications. Both the EM5000 and the EM6500 can produce up to 7,000 watts for as long as 10 seconds. A combination of factors creates the additional iAVR power in the EM generator line. They include the Honda iGX engine with Digital Capacitive Discharge Ignition (DCDI), Self-Tuning Regulator (STR) governor, and Current Transformer (CT) sensor coupled with the DAVR alternator.

In conjunction with the launch of the Honda My Generator Bluetooth App, Honda Power Equipment also announces the completion of the integration of its CO-MINDER system across its full lineup of generators; Honda EB Industrial, EG Economy, EM Deluxe and EU Super Quiet Series models are to be designed standard with CO-MINDER detection technology and available by end of 2020.

Top manufacturers offer tips on how to keep your small engines running throughout the season.
Gigi Wood
June 1, 2020
Follow Us