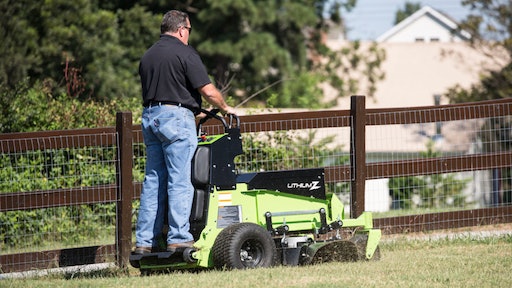 Electrified lawn and garden equipment continues to see a rise in sales due to benefits such as reduced noise levels and fuel costs.
Greenworks Commercial

Like many other industries in the heavy equipment sector, the lawn and garden market is trending toward increased use of electric-powered equipment. In a recent report from FederUnacoma—the Italian Agricultural Machinery Manufacturers Federation—it was said that battery-powered machines and equipment showed growth of 90% in the first quarter of 2019.

Segments within the market which saw the highest growth included lawnmowers, which represented 13% of the total battery-powered machines in Italy and saw a 52% increase in sales in the first quarter of 2019. According to the report, the reason for this is the ease of use, handling, reduced noise levels and eco-compatibility of the machines.

"The preference for electric- and battery-powered engines in particular characterizes the entire motor movement, representing the most accredited option for the near future,” said Franco Novello, President of FederUnacoma in the press release announcing the report. 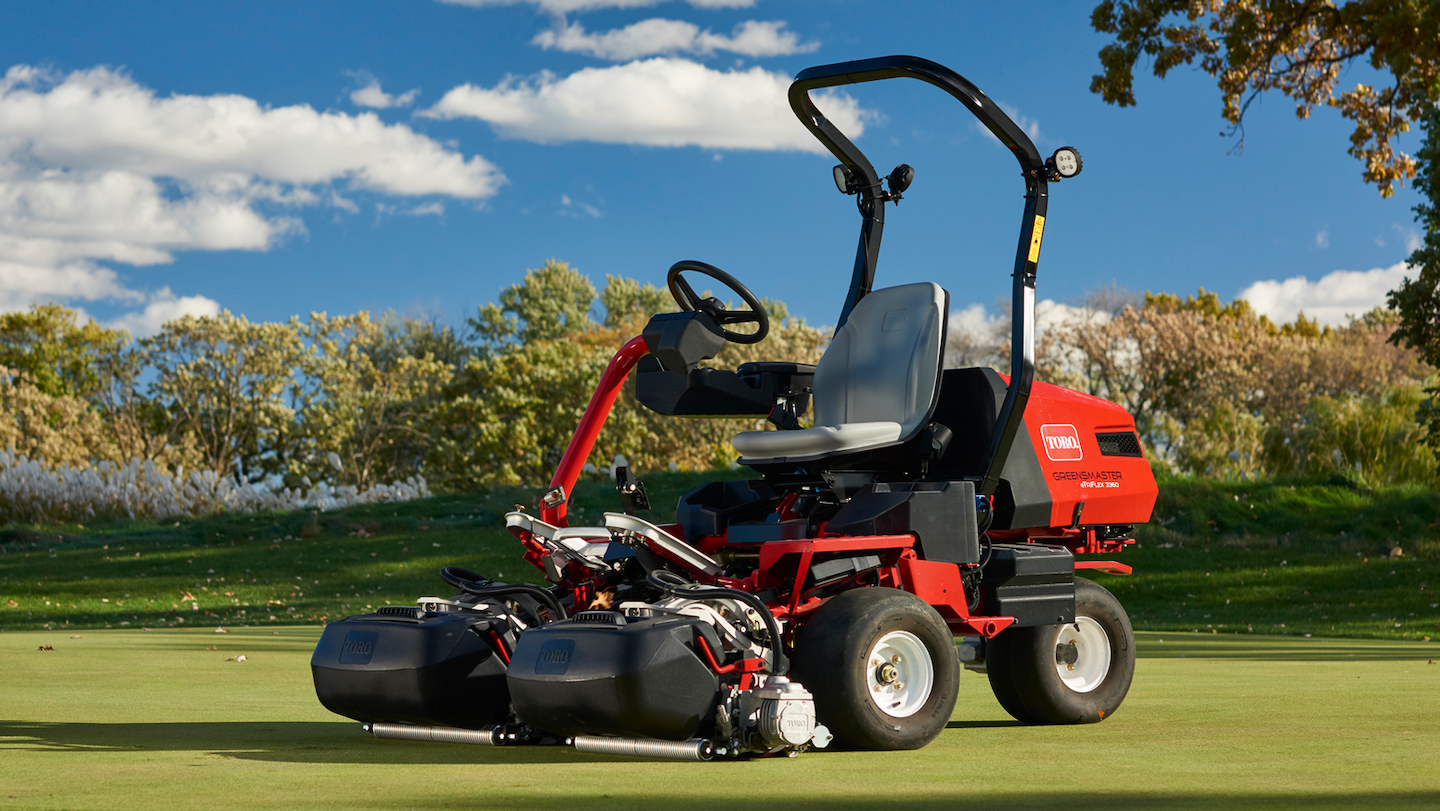 The lower noise levels of the eTriFlex facilitate earlier mowing starts without disturbing nearby residents.The Toro Company“Already today, battery-powered engines (in particular with the hybrid system) have fully entered the automotive market, and important progress is being made with regard to agricultural vehicles, where some tractors and other types of vehicles are already equipped with battery motors,” he continued.

“If agricultural machinery is working to overcome the power limits that still affect the development of electric drives," concluded Novello, "we can say that in the 'green' [lawn and garden] segment this technology already appears mature and is now recognized as such by the market. Robotic mowers are also showing a remarkable development over the years. While they represent 2% of the total market, this category has recorded constant growth since 2014, and in the 2014-2018 5-year period, sales increased from just over 13,000 units to 22,160 units, with an increase of around 70%. The first quarter of this year confirmed the positive trend with a 43% increase.”

A report from Arizton Advisory & Intelligence says the global electric lawn mower market is anticipated to generate revenues around $7 billion by 2024. Between 2018 and 2024 the market will achieve a compound annual growth rate (CAGR) of about 8%.

The company says the increasing amount of available equipment, as well as the continued decline of Lithium-ion battery prices will help drive the market. In addition, it says the market will be aided by the growth of the landscaping industry itself.

In Research and Markets’ report “Global Commercial Lawn Mower Market – Comprehensive Study and Strategic Analysis 2019-2024” it is stated a CAGR of 5% will be achieved during the forecasted period. This is due in part to the growth of eco-cities and green spaces across many regions of the world. Increased demand for landscaping and garden maintenance services is also adding to the market growth of this segment.

The Research and Markets report also notes that Honda Motor Company is focusing its development efforts on environmentally-friendly and safe mowers for commercial applications in order to attract more customers in the global market. With more users becoming concerned about their environmental impact—and cities around the world implementing regulations to minimize emissions—this effort will likely increase among OEMs as it has in several other industries.

Another report from Research and Markets focuses on the U.S. electric lawn mower market, which is projected to also achieve a CAGR of 5% between 2018 and 2024. As noted in other reports, the desire for more sustainable, as well as energy efficient solutions will drive the market. Recovery of the U.S. economy in the past year and a growth in end user spending habits will also contribute to the market uptake of battery- and electric-powered equipment in the coming years.

Among the manufacturers producing equipment for this market is Greenworks Commercial which solely focuses on electric-powered machines. Using brushless motors to power their equipment enables up to a 50% reduction in noise compared to gas-powered machines, says the company—enabling use in noise restricted areas.

Like other electric-powered equipment, maintenance costs are lower as there are fewer moving parts which can break down or require replacement. There are also fewer components overall to service, such as air filters or spark plugs, further reducing maintenance. Fuel costs are also eliminated, which can be a large expense for landscaping companies.

For its all-electric Greensmaster eTriFlex Series released earlier this year, Toro replaced all of the hydraulics with electronic components to eliminate the concern of hydraulic fluid leaks as well as improve overall machine performance.

With the many benefits battery- and electric-powered lawn and garden equipment offer, and the continuing focus to bring more environmentally friendly options into the industry, this market is primed to see sustained growth well into the future.