Michelin Expands its Line of Tweels for Mowers and Skid Steers

Three new Tweels unveiled at GIE+EXPO for the landscape industry 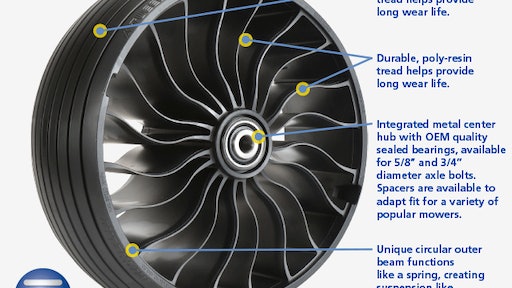 The new, 15-inch, 15x6N6 X TWEEL Turf Caster is expected to be available in the first quarter of 2020.
Michelin

Initially launched in 2005, Michelin’s Tweel is an airless radial tire and wheel assembly presently sold in the lawn and landscape, ATV and UTV markets. There is also a Tweel model used on skid steers.

With Tweels, the beam and wheel are connected by poly-resin spokes and like air-filled tires, the load hangs from the top of the wheel structure.

“We have the 13-inch caster now, for the smaller mowers, but we had a lot of demand from customers for the larger commercial diesel mowers,” Brock says. “This is typically run with a 26-inch drive tire.”

With a load capacity of 370 pounds and a 16 mph speed rating, the caster is designed for a large range of mowers, including the John Deere Z997R Diesel. 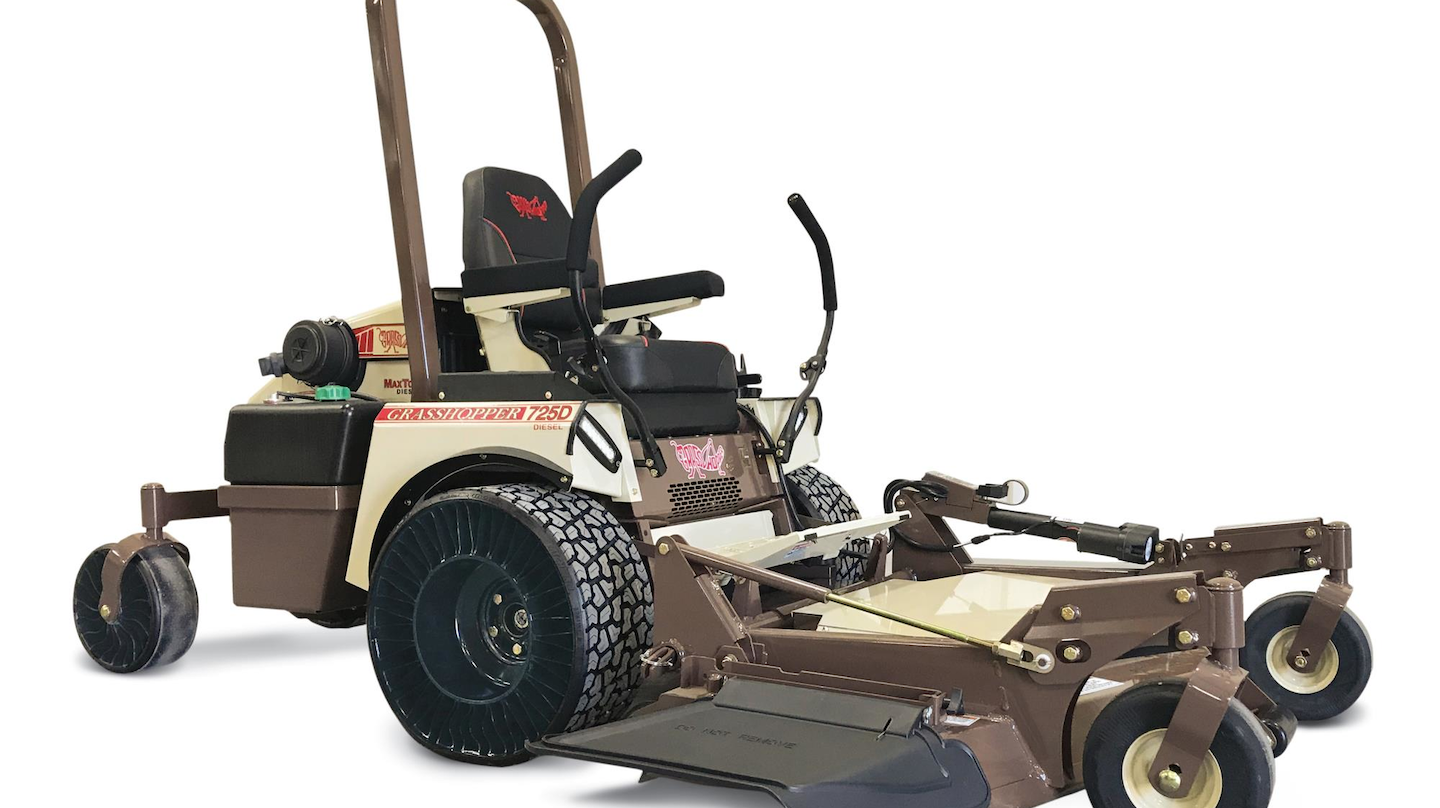 A zero-turn Grasshopper mower with the 22-inch TWEELs.Michelin

Also available in the first quarter of 2020 will be the 22-inch, rear tire/wheels with 4x4- or 5x4.5-inch bolt pattern hubs for prosumer mowers.

“This is our first entry into the prosumer market,” Brock says. “There’s a lot of demand for this.”

“This really rounds out our portfolio for turf,” he says. “We previously had the 18 inch and 26 inch, so adding a 22 inch really adds to the entire portfolio. There was a whole series of mowers out there we weren’t covering before.”

Michelin engineered a new electric-motor, green-wheel hub for 24x12N12 turf tires for the Mean Green Rival mower. The hub will have a 5x6.5-inch bolt pattern and a 1.70-inch offset. It will be available in the second quarter of 2020.

“They’ve been using Tweels on some of their earlier models but they switched recently to an integrated hub motor design,” says Tony Marconi, technical director at Michelin Tweel Technologies. “They needed a new methodology for attaching their Tweel to their machine. We developed a new hub design and customized a part to fit their machine. They’re going to be offering their Tweel for two models.” 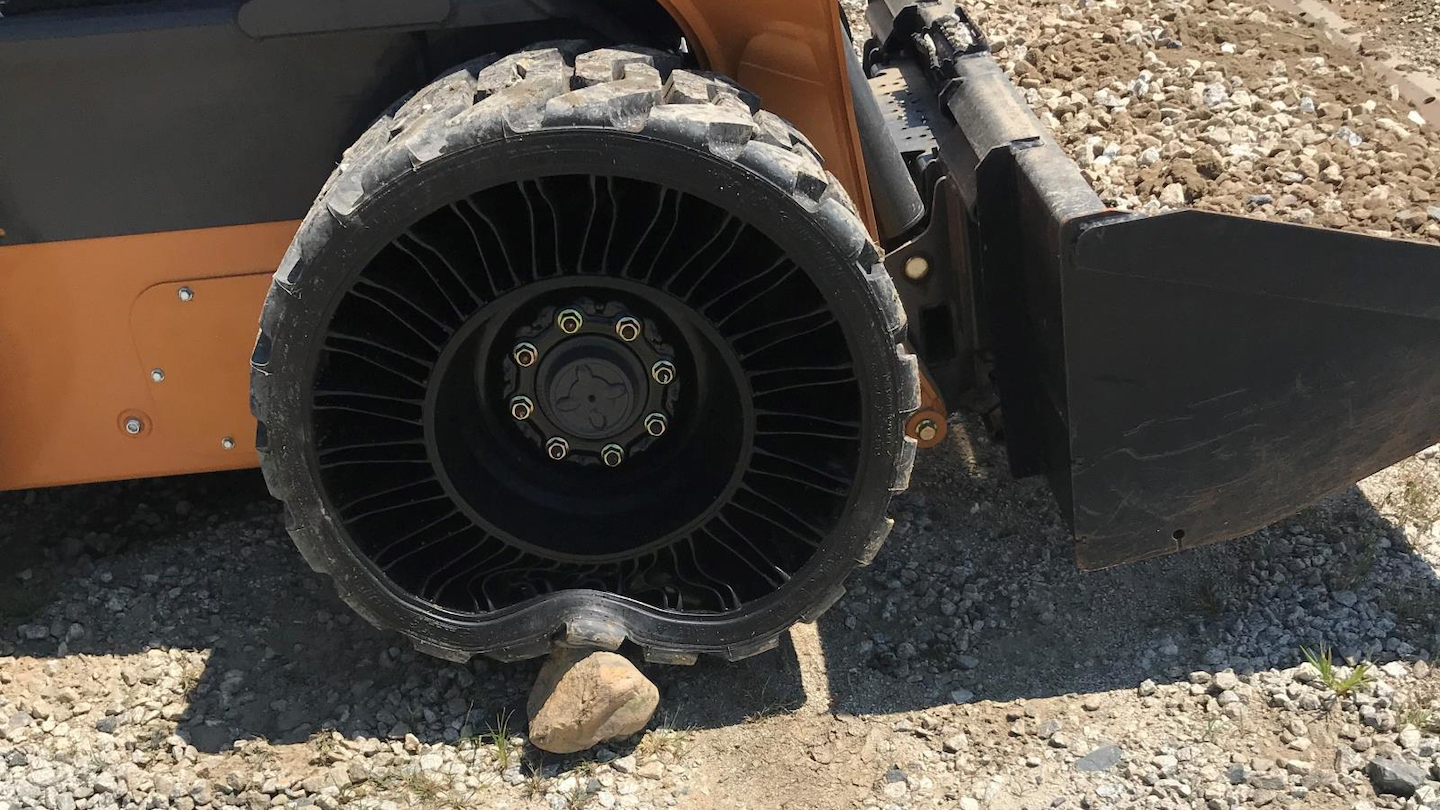 Michelin representatives also discussed the recent launch of the Tweel SSL 2, which was officially launched in July at Ag in Motion in Saskatchewan, Canada. The SSL 2 is the newest version of the Tweel for skid steers and is Michelin’s first embedded eight-bolt hub that is mechanically interlocked for improved durability.

“The spokes have a property in them that’s going to be 10 times longer spoke life compared to our previous version,” Brock says.

The newest versions have improved construction, increasing the lifespan 10 times.

“We’ve got skid steer, two different types, depending on the application that you’re in,” he says. “If you’ve got a pneumatic tire on a skid steer it’s very bouncy. This is going to reduce that significantly.”

The outer core can be retreaded multiple times at a Michelin dealers and service locations equipped with Michelin’s retreading technology.