Political volatility contributes to destabilizing the market, and the less stable the market, the more money people tend to pinch. 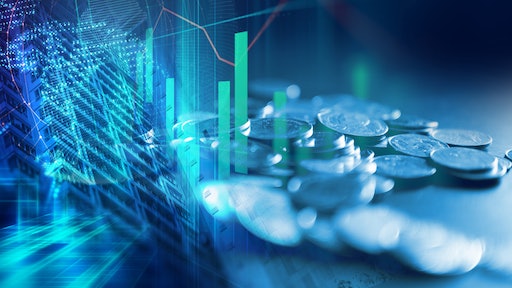 As of press time, the U.S. government recently returned from the longest government shutdown in recorded history at 35 days. It “cost the economy $11 billion due to lost output from federal workers, delayed government spending and reduced demand … Even though most of the $11 billion losses will be recovered, an estimated $3 billion has been lost permanently,” according to Forbes. We lost that $3 billion in gross domestic product, or the total value of goods produced and services provided in the U.S. during a year.

Some may say they don’t care because it doesn’t affect them, but if it took just 35 days to incur a permanent loss of $3 billion, what kind of damage would another shutdown incur? While President Trump recently negotiated to reopen the government, it was intended as a temporary fix, until February 15, to further debate on border wall funding and lessen the burden for federal workers who already missed two paychecks.

“But if Republicans and Democrats cannot reach agreement on wall money by the February deadline,” according to The New York Times, President Trump “indicated that he was ready to renew the confrontation, or declare a national emergency and bypass Congress altogether.” We are going to know soon whether the threat of a second government shutdown is imminent, but what effect could that have on the economy, and even more specifically, on the green industry?

Political volatility contributes to destabilizing the market, and the less stable the market, the more money people tend to pinch—both at home and in the office. According to NBC News, the federal workers who took the brunt of the impact of the first partial shutdown are, at best, “skittish that they could find themselves back in the same position in three weeks, when the deal Congress struck with President Donald Trump expires.” The business community is watching closely as the events in Washington unfold as well.

As Kris Kiser, president and CEO of the Outdoor Power Equipment Institute, mentions in the State of the Industry (which you can find on Page 24 of the January/February issue), “The uncertainty of the political environment gives me great pause. So much of where the economy’s likely to head depends on the ability for our elected officials to govern. We’re a regulated industry. The landscaper needs equipment, but a lot of that equipment is regulated.”

Right now, the business climate is positive overall, but as always, you can’t get complacent in your confidence. Consumer sentiment is fleeting and another government shutdown—or even the threat thereof—could impede consumer spending. On another note, a second government shutdown could further stall progress on important regulatory issues facing landscape contractors and outdoor power equipment dealers, such as H-2B, in the coming year. And if there’s one thing we could all use more of in 2019, it’s certainty. Good luck to us all in the new year!

Majority of Economists Think the U.S. Will Enter a Recession by 2021

Signs of a Strong Economy: Hedges Are Overgrown and Lawns Need Mowing