GOP senators could propose a deal to include Trump's wall and Democrat-sought measures, such as modifications to H-2B visas. 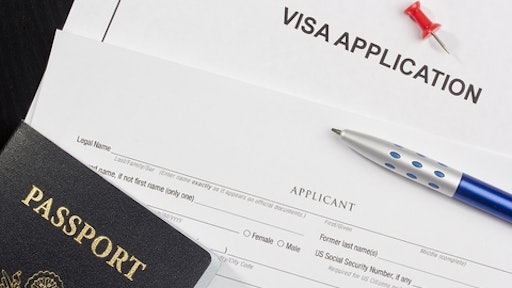 Staring at a prolonged government shutdown, Republican senators are privately planning to court Democratic senators on an immigration deal that would give President Donald Trump money for his border wall and include several measures long-sought by Democrats, according to sources familiar with the matter.

After Trump stormed out of a White House meeting with congressional leaders, GOP senators privately gathered in Senator Lindsey Graham's office to discuss a way out of the logjam. The long-shot idea: Propose an immigration deal that would include $5.7 billion for Trump's border wall along with several provisions that could entice Democrats.

Those items include changes to help those who are a part of the Deferred Action for Childhood Arrivals program, as well as immigrants from El Salvador and other countries impacted by the Temporary Protected Status program, along with modifications to H-2B visas.

The plan is in its very early stages. Its chances of success are still very uncertain at best, Republicans cautioned.

Higher H-2B Visa Quota Could Be Too Little Too Late

The Trekker Group is one of five dealers Mecalac added in 2020 to expand coverage across North America.
Mecalac
December 19, 2020
Follow Us