Eight recognized for performances in sales and leadership 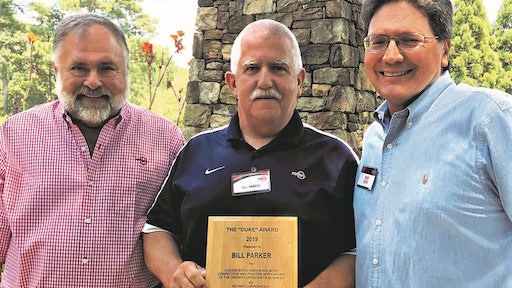 The Duke Award, named in honor of the company’s late founder, Duke Harvey, was presented to Bill Parker. The recipient was recognized for consistently displaying “competitive and positive efforts” to ensure continued growth and success at Rotary. Parker was also honored for recruiting the highest number of new dealers during the past year.

Rotary’s Rising Star Award was presented to Dave Kaip, who achieved the highest increase in sales, while Darrell Mullins won the Rookie Award for recording the largest sales increase in his territory during a 3-5 year period.

“We are pleased to recognize our outstanding sales team which has been instrumental in the growth and success of our independent dealer network,” commented Ed Nelson, president and CEO of Rotary.

“Our sales representatives continue to excel in helping dealers improve their profitability through sales promotions, pre-season incentives and growth initiatives. Our commitment to building strong relationships with our dealer partners has always been job one at Rotary,” he added.