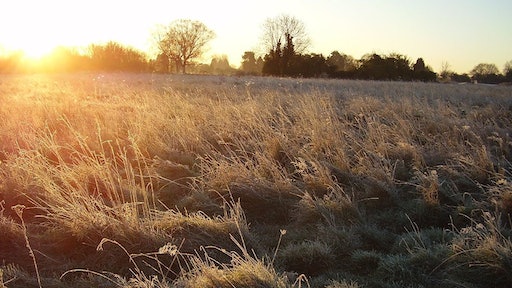 A pair of urban ecologists, one from Australia, the other Sweden, suggests in a perspective piece published in the journal Science that it might be time to rethink the idea of the modern lawn. In their paper, Maria Ignatieva and Marcus Hedblom note that the natural benefits of green lawns are far outweighed by negative environmental consequences and, because of that, new forms of groundcover need to be explored.

The expanse of cut green grass that surrounds many houses, and serves as a draw to parks and other outdoor places is not as green as it might look. The modern lawn requires not only a lot of water, but fertilizer as well. It also requires mowing, in most cases using gas-powered machines that spew carbon monoxide and other toxins into the air. Ignatieva and Hedblom note that it is true that lawns offer some positive benefits, such as pulling carbon dioxide out of the air, but the negative aspects of lawn care far outweigh their benefits. They note that globally, lawns currently occupy land space equivalent to England and Spain combined. Lawns also currently require an enormous amount of water—in arid regions, lawns account for 75 percent of water consumption. They also note that weed killers and fertilizers wind up in the water table. And artificial turf, they note, is not a likely solution. It doesn't contribute to carbon sequestering, causes problems with water runoff and might be poisoning local water tables.

Because of the obvious drawbacks, the researchers suggest that it is time for the world to rethink the idea of a lawn. They note that some communities are already beginning to do so by allowing natural meadows in place of lawns. Such meadows, they note, can be made aesthetically pleasing by using grasses suited for the purpose. They also note that, in some places, such as sections of Berlin, landscape has been allowed to grow wild. More realistically, they suggest research into plant types might result in the development of naturally short grasses that do not need much water to survive. In the end, they suggest that perhaps a combination of efforts might work. But for that to happen, people need to start reframing the mindset of modern groundcover.

How to Plant a Clover Lawn

Up Your Sustainability to Draw Customers

Sarasota County already bans the use of nitrogen and phosphorous during the rainy season, but giving up fertilizer entirely ups the ante.
September 6, 2018
Follow Us