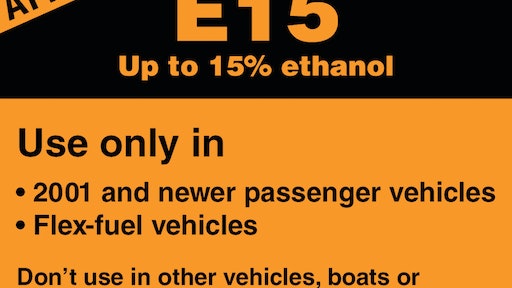 Awareness and knowledge of how to use high ethanol fuel blends remains relatively unchanged among consumers over the last few years, according to a recent national poll conducted online by Harris Poll on behalf of the Outdoor Power Equipment Institute (OPEI). According to poll results, price continues to drive decisions at the pump and consumers do not pay much attention to pump warning labels. OPEI conducted similar research in 2013 and 2015.

The problem with high concentratons of ethanol. Gasoline containing greater than 10% ethanol (E10) can damage or destroy outdoor power equipment, including lawnmowers, chainsaws, generators, utility vehicles and other small engine equipment such as motorcycle, snowmobile and boat engines, according to most engine manufacturers. Yet, the poll, conducted in March of this year, shows 66% of Americans will use the least expensive grade of gasoline whenever possible, versus 63% in 2015 and 71% in 2013. In addition, 60% of Americans assume that any gas that is sold at a gas station must be safe for all of their vehicles or power equipment versus 57% in 2015 and 64% in 2013. By Federal law, it is illegal to use those higher ethanol fuel blends in outdoor power equipment.

“The research continues to prove that Americans are still unaware of the damage that can occur to their outdoor power equipment as a result of mis-fueling,” says Kris Kiser, president and CEO of OPEI. “There are 100 million legacy outdoor power equipment products in homeowners’ garages, maintenance sheds and facilities across America. The scope of this issue is massive and shows that much more education is needed.”

Pay attention at the pump. According to the poll, while 85% of Americans understand gasoline contains ethanol, price is the overriding priority for the gasoline-consuming public. Among those who drive and buy from a filling station, the vast majority (92%) notice the price, but far fewer look at anything else, including ethanol content (24%), octane rating (56%), and even warning labels (50%).  Nearly 57%, an increase of six percentage points over last year, confess that they typically only pay attention to labels on fuel pumps if they read "Warning" or "Do Not Use In..." And 51% demonstrate that they don’t give it much thought as they tend to fill up their portable gas tank with the same fuel used to fill their vehicle. This is a 3% increase over last year’s poll findings (48%).

“We hope the Environmental Protection Agency will engage in more education as additional blended fuels are introduced in the marketplace Otherwise, we could continue to see confusion among consumers,” said Kiser. “The outdoor power equipment industry has supported consumer education through our “Look Before You Pump” campaign since 2013. But it’s clear our government needs to do more.”

The Outdoor Power Equipment Institute (OPEI) is an international trade association representing more than 100 power equipment, engine and utility vehicle manufacturers and suppliers. OPEI is the advocacy voice of the industry, and a recognized Standards Development Organization for the American National Standards Institute (ANSI) and active internationally through the International Standards Organization (ISO) and the International Electrotechnical Commission (IEC) in the development of safety and performance standards. OPEI is managing partner of GIE+EXPO, the industry’s annual international trade show, and the creative force behind the environmental education program, TurfMutt.com. OPEI-Canada represents members on a host of issues, including recycling, emissions and other regulatory developments across the Canadian provinces. For more information, visit www.OPEI.org.

Fueling the SmartControl of your Fuel

Tips for Educating Consumers about Ethanol