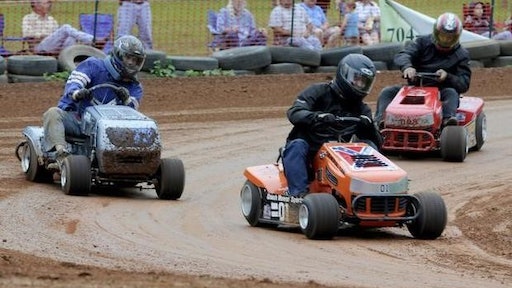 Landscape contractors and equipment dealers can sure be passionate about what they do, but their zeal often pales in comparison to a lawnmower racing enthusiast. Several around York, SC, are quite saddened by the recent announcement that their favorite track would be closing down.

After some neighbors begain complaining about noise, the owner of Phat Bottom Speedway has decided to shut it all down. The County had actually approved a necessary zoning change, but the costs to remain compliant were just too daunting.

Lawnmower racers had been competing at the track since 2009. The present track owner actually had plans to change it into a horse arena, but after seeing how passionate lawnmower racing enthusists are, he decided to maintain it for lawnmower racing.

The USLMRA Facebook page, as of mid-December, had more than 7,500 likes.