Are Sheep the Competition?

Sheep have been put on grounds duty from city parks in Canada to Busch Gardens in Williamsburg, Virginia. 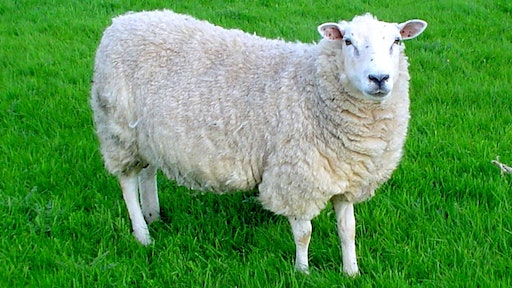 As summer ends, three workers prepare for a common plunge: They’re about to leave their home in upstate New York and head to Manhattan, where a new job awaits. Are they prepared for urban life? Do they feel nervous, as they depart their pastoral town, about making their way in the big bad city?

It’s hard to tell, because they’re sheep. As the New York Times reports, three ewes from Elizaville, New York, are about to start a six-week landscaping shift at the Basilica of Old St. Patrick’s Cathedral, in Nolita in Manhattan, New York.

The Cathedral’s administrator, Frank Alfieri, has brought sheep in to cut the grass since 2013, when the human landscaper retired. The first ewe crew “did a better job than the guy,” Alfieri told the Times.

This is a fairly common sentiment. Over the past few years, sheep have been put on grounds duty everywhere from the city parks of Fort Saskatchewan, Canada, to Busch Gardens in Williamsburg, Virginia. In the spirit of healthy competition, goats keep Brooklyn’s Prospect Park trimmed in the summers and a full goat/sheep/llama team takes care of unruly vegetation at Chicago’s O’Hare International Airport. (Of course, animals have been doing this type of work for a while, usually without quite so much fanfare.)

'Inquiries Are Flocking in': Sheep Advertised as Ride-on Lawn Mower