Power and comfort delivered to the commercial mower market 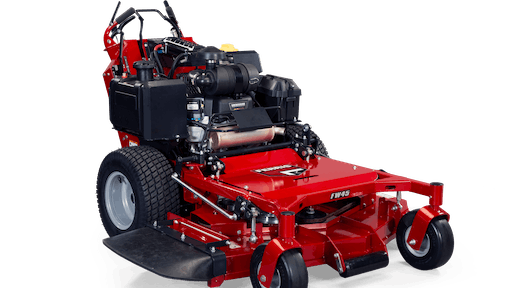 Ferris has built a reputation for accomplishing more work with ease.  For the spring 2021 season, Ferris is introducing its largest and most powerful zero turn mower yet, the IS 6200.

Joe Ferris says the IS 6200 is bringing Ferris back into the high horsepower diesel market. It is powered by a Caterpillar 48 hp turbo diesel engine and comes standard with a 72-inch cutting deck. 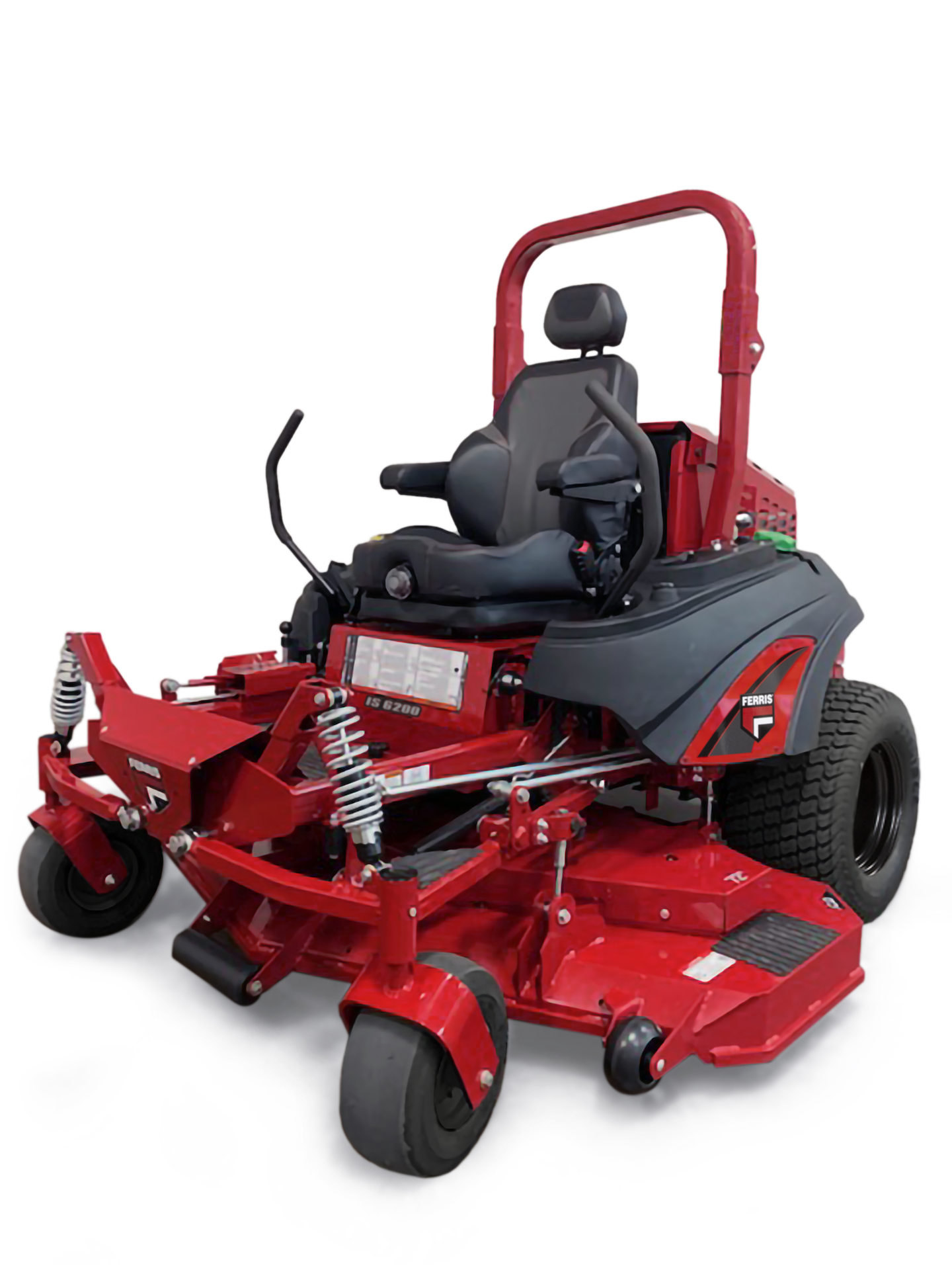 “The best way I like to describe the performance of this machine is that it’s like a freight train going through tall grass,” Ferris says. “It can cut through anything and that engine barely drops. You will not get bogged on this machine and you’ll have the best traction and the best ride you can ever imagine.”

He notes that those are not just his opinions but what customers are already saying after they’ve tried it.

For the smooth ride, the IS6200 includes the patented Ferris suspension system on all four wheels and a suspension seat.

He adds that all the pulleys and components are extremely robust to match the longevity of the diesel engine.

To harness all the power, there is a lot of electronics involved. For monitoring, Ferris says there is a three-inch color display screen to the operator’s right, displaying the readouts coming from the engine including RPMs, torque load, oil temp, time, voltage and general service information.

Also, the soft start feature helps increase the longevity of the components of the machine.

He describes the IS6200 as the perfect choice for the municipal/industrial and rural groundskeeper markets where wet, dense grass is present and high horsepower is needed to easily power through harsh conditions.

Also new to the 2021 spring lineup is  Ferris’ new FW45 Walk-Behind Mower, which replaces the FW35.

“If you know our walk behinds, this doesn't look a lot different, but it really is,” Ferris says. “The goal of this new FW45 was to answer some of the feedback from the field, about things that they'd like to see us change or improve. At the same time while we did that we made it so that this machine will have a little bit longer life."

He said it's the same performance, feel and operation but improved longevity of many components.

To accomplish this, Ferris says they made some “simple changes.”

For example, there is an access port so that operators can grease the center spindle right from the top.

“Believe it or not, we had some concerns where people were, based on the old fuel tank design, poking holes in it while trimming with branches so we added more protection there,” he says. 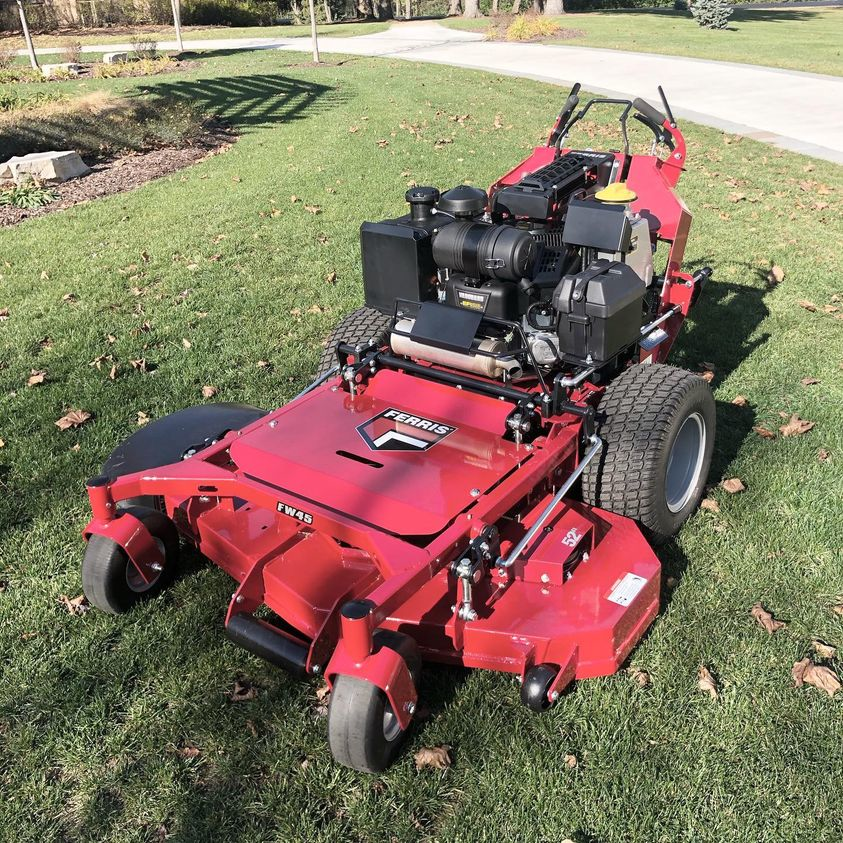 Also, protection was added over the O2 sensor for the EFI models. In front of the belts, the clutch and the transmission a belt guard was added to protect all those critical components there from any damage from flying debris that could shoot up from the back of the deck.

The parking brake was positioned inbound a little bit so it's more protected.

A real simple feature is the steel metal bar that runs along the back, protecting all of the linkages on the machine.

"Why do you want to protect those if those get damaged bent or, or aren't working properly, the tracking and of the machine can become uneven,” Ferris says. “This protects all those components to make sure you're tracking is always great but again, also general protection is fantastic too, and it protects it from a sulky that you could have hanging here during transport mode on a trailer slamming into those components or for general protection during overall operation.”

Additional highlights on the FW45 is a new system for transmissions. Ferris says there are two radiators, one per side and transmissions are 100 percent separate to avoid contamination between the two. He says the reason for that is if you keep the transmissions cool you can make them last a little bit longer.

The transaxle was also upgraded to ZT-3400 transaxles for reduced oil temperatures, adding to the longevity of the components.

“One of my favorite things is that we heard from the field that it was hard to change the oil in the transaxle, so we added a hydraulic fuel fill system,” Ferris says.

Lastly, he says the foot pedals were updated. Previously, Ferris used a rubber pad. Over time the pad would slide off. The FW45 has all metal components.

“In general, the handlebars and a lot of the components on the machine may look very similar, but we streamlined them to improve tolerances and manufacturability guarantee quality out of the crate is the same every time on all models,” Ferris says. “We will maintain the easy, cut height adjustment on the machine and will continue to offer similar engine offerings as we had on the FW 35.”

Similar to the FW35, he says the FW45 packs a big punch in a small package so users can maneuver through smaller spaces without sacrificing the added power and features.

A new generation of zero-turn mowers that redefines expectations
Gravely
October 21, 2020
Follow Us