How To Efficiently Plow a Parking Lot

18 tips to help you plow more efficiently, safely and courteously. 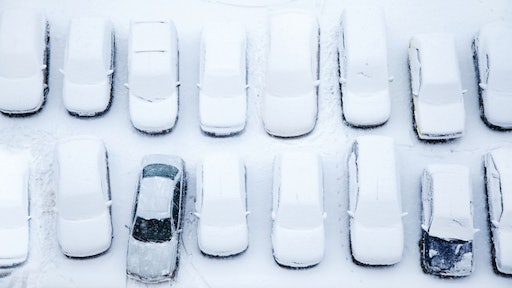 If you are new to snowplowing, the following tips will help you follow the proper etiquette when plowing a parking lot plus help you get the job done faster. If you are a seasoned veteran, what other tricks of the trade would you share with newbies to the snowplowing business?

Make sure you know where the customer wants you to pile the snow.

Use extra caution when plowing next to curbs.

If a significant amount of snow is expected, plow with the storm rather than letting snow accumulate.

Keep water drains and catch basins clear at all times.

Do not pile snow near handicapped parking areas.

Do not stack snow by the road so as not to block the visibility of vehicles coming or leaving the parking lot.

Use caution when plowing next to parked cars—as the snow can push you into the car.

When pushing snow that is next to a building, push away from the building.

If you are responsible for sidewalks, they should be shoveled first before you start plowing so that the snow can be plowed away.

To start a pass, start the vehicle in motion. Then drop the blade.

As you come to the end of a pass, lift off from the accelerator while starting to use the brake. At the same time, start to raise the blade to help stack the snow—and to make it easier on your electrical system.

Plow areas in front of buildings and overhead doors first. With the blade raised and in the straight-position, drive up to the building, drop the blade, and pull the snow away from the building. Then turn your vehicle around, back into the cleared area and push the snow to the outer edges of the lot.

Push the banks back far enough to accommodate future snowfalls.

After backdragging snow away from the buildings, it's time to start plowing the lot. Start by making a pass down the center of the lot, and then push snow in windrows to the outer edges. If there has been a significant amount of snowfall, push as much bulk off the lot as possible. Then go over it again. In large lots it may be best to break your plowing down into smaller areas.

Do not pile snow in the middle of the lot. It will be difficult to remove later.

Plow in straight lines whenever possible and push to the outer edges of the lot. Keep the wind direction in mind—and pile snow downwind to minimize drifting later.

Plow snow during low-traffic hours and always be cautious of cars and people in the lot.

Once the majority of the snow is removed from the lot, it's time to do the cleanup work. Start by plowing next to curbs. Be sure to square off corners where possible, and don't leave trails of snow behind.