Will Snow-Melting Concrete Put You Out of a Winter Job?

The United States uses roughly 17 to 20 million tons of road salt each year, but if what if we don’t have to? 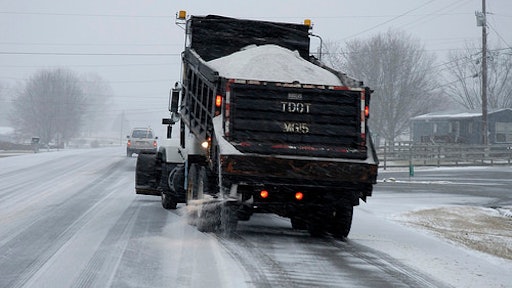 Just as winter is nearing, scientists made a discovery that will improve driving conditions in winters to come. The research team at Drexel University found that by adding paraffin wax to concrete roads, the concrete melts snow all on its own.

The United States uses roughly 17 to 20 million tons of road salt each year, according to the Salt Institute of the United States. We do this to keep roadways open and safe to snow and ice. The combination of salting and plowing roads causes deterioration of roads, and introduces massive amounts of salt into urban environments.

That was the motivation for the research team, to develop a method to melt road ice more efficiently and environmentally safe. They found the secret lies in phase change materials, which store and release heat during winter conditions.

The team used widely accessible and inexpensive paraffin oil as the material of choice. They then developed a lab test with three scenarios. In one climate-controlled box, the concrete had paraffin-filled pipes; in the second scenario, concrete was mixed in with paraffin; and the third scenario had only concrete. The concrete slabs were covered with 5 inches of artificial snow and ambient temperatures held just above freezing.

Buyers Products Makes Series of Donations, Encourages Others to do the Same

Optimize your storm management and deliver level of service goals in the timeliest manner
May 10, 2019
Follow Us