Production is set to begin in 2021 on the ATOM, which is intended to be short for autonomous 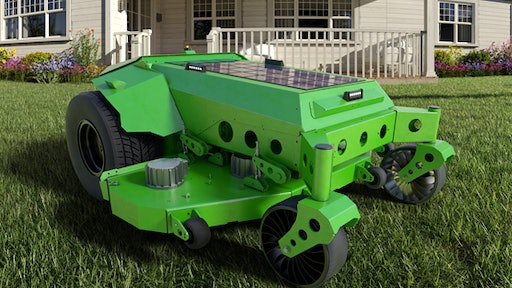 Dubbed the ATOM, it is a 74-inch autonomous commercial mower that uses artificial intelligence to find its way around.

Even though the robotic lawn mower was invented in 1969, it hasn’t taken off in the United States until recently. During the past decade, market demand for robotic lawn mowers has gradually increased, at a rate of about 12% annually, according to market reports.

Mean Green Mowers unveiled its new product, in partnership with the robotics company Kobi to develop the ATOM at the 2019 GIE+EXPO in Louisville, KY. Production is set to begin in 2021 on the ATOM, which is intended to be short for autonomous.

“As you all know, the biggest problem landscapers face today is a labor shortage,” he says. “They have problems finding qualified people that mow all day. Before now, you had these small robotic mowers that you had to put a wire in the ground, some that use GPS, but that’s always troublesome.”

For the ATOM, the mower’s sensors can detect humans and pets and will avoid them.

“The mower has a human detection system that allows it to sense when people are nearby,” Waelbers says. “When this mower is rolling around and it sees a human, it will slow down. Same goes for pets, it knows what to do. Same goes for trees, flower beds. He noted that it is very different from many current models that require perimeter wire set-up and a base station.

“It interprets the world around it, so it can operate fast and safe, which is what landscapers want,” he said.

Outside of its entry into the robotic realm, Mean Green Mowers also showcased major upgrades to its battery-powered EVO 74-inch mower and Rival CXR 60-inch mower.

“What we’ve been working on in the past year is a whole new style of mower, all new technology,” Conrad says. 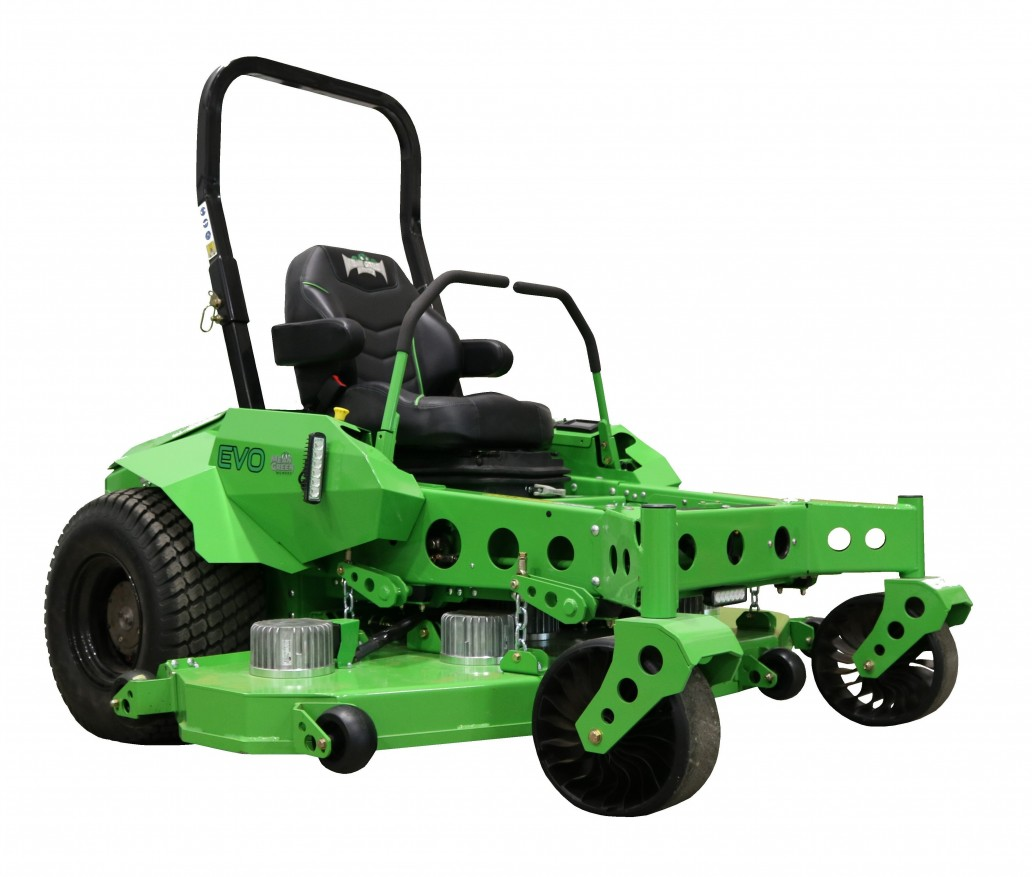 Mean Green Mowers EVO 74-inch ZTR Electric Mower.Mean Green MowersThe EVO was on display last year at GIE, but has undergone a year of testing and is now available for sale. In the past year, new lighting and driving systems were added to the EVO.

“We’ve had a lot of people ask to be able to drive it on the road, so we’ve got all new taillights and brake lights and turn signals,” he says. “We have a horn. We basically have a full lighting road kit for this now.”

Mean Green also recently received patent approval for its ORV-BLAST blower system on the front of the EVO. The blower is billed as quieter than traditional blowers and has zero emissions.

“It’s an electric front-end blower that can be attached to any kind of vehicle,” he says. “That’s been pretty exciting for us. You can turn on the nozzle with your feet and turn it off with your feet, as well.

“On both these machines, the motor and the gear box is within the wheel and we still got three times the power as we did in the past,” Matt Conrad says.

Mean Green has improved the battery packs on its older models and within the past year, created an app that allows users to check their machines from a smartphone.