Like a Roomba for Grass, Mow-ana Maintains the Lawn at City Hall

The landscaping team for the city of Newport Beach, California, is testing an autonomous lawn mower on its civic center lawn. 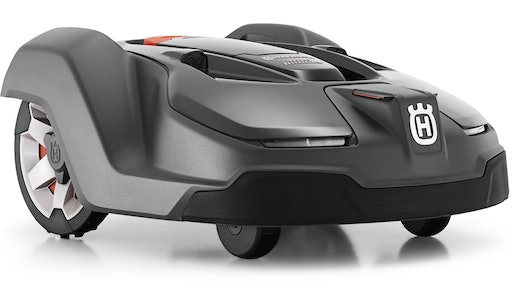 The future of a well-manicured lawn is now. And the future looks like a tiny Batmobile that mows and mulches, requiring as much manual labor as it takes to tap a few buttons on a phone app.

The landscaping team for the city of Newport Beach, California, is testing an autonomous lawn mower on its Civic Center green that is essentially a Roomba for grass.

Formally, it's called the Husqvarna Automower 450X. At Newport City Hall, it's affectionately referred to as Mow-ana, a play on the movie Moana.

The self-guided mower—all 2 by 2 feet and 30 pounds of it—knows its perimeter, established by guide wires implanted in the dirt at the edges of the lawn between City Hall and the parking garage, and it has a built-in GPS that lets it know where it has and hasn't been.

MTD Transacts with the Makers of Robomow to Leverage Robotics Technology

Are You Ready for Robotic Lawn Mowers?