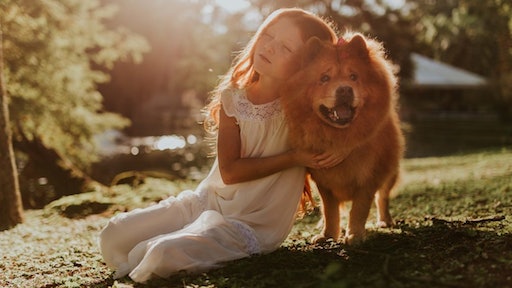 While adults are home teleworking, and kids are at home participating in online educational instruction (we hope), it’s even more important during these challenging times to take a moment to get out into the family yard. The TurfMutt Foundation reminds families that nature starts right outside your back door. Let the proven benefits green space give us a break from being cooped up inside. Listen to the birds. Watch the trees. Curl your toes in the grass. Work outside planting and preparing for the budding spring, or even mow the lawn. “It’s a stressful time as our country seeks to ‘shelter in place’ as much as possible,” says Kris Kiser, President of the TurfMutt Foundation. “We’d like to remind everyone that getting outside—in your own backyard—is an important activity, now more than ever, for you, your family and pets. De-stress and enjoy the healing aspects of nature in your own corner of the earth.”

Researchers have studied the impact of nature on human well-being for years, but recent studies have found a more direct correlation between human health, particularly related to stress, and the importance of people’s access to nature and managed landscapes.

A Stanford University study found that walking in nature resulted in decreased anxiety, rumination, and negative affect, and produced cognitive benefits, such as increased working memory performance. Multiple studies have discovered that plants in hospital recovery rooms or views of aesthetically pleasing gardens help patients heal up to one day faster than those who are in more sterile or austere environments.

“Numerous studies have found that people who spend more time outside with their families and pets exposed to living landscapes are happier, healthier and smarter,” Kiser said.

Science has proven that simply spending time in our family yards is good for human health and well-being, which is important today as everyone seeks creative ways to stay well while being confined to their homes. The backyard is “safe space,” adds Kiser.

Kiser noted that getting dirty is actually good for you.  Soil is the new Prozac, according to Dr. Christopher Lowry, a neuroscientist at the University of Bristol in England. Mycobacterium vaccae in soil mirrors the effect on neurons that Prozac provides. The bacterium stimulates serotonin production, which explains why people who spend time gardening, doing yard work, and have direct contact with soil feel more relaxed and happier.

Researchers in England found that people moving to greener areas experienced an immediate improvement in mental health that was sustained for at least three years after they moved. The study also showed that people relocating to a more developed area suffered a drop in mental health. Greening of vacant urban areas in Philadelphia reduced feelings of depression by 41.5% and reduced poor mental health by 62.8% for those living near the vacant lots, according to a study by a research team.

People who live within a half mile of green space were found to have a lower incidence of fifteen diseases by Dutch researchers — including depression, anxiety, heart disease, diabetes, asthma and migraines. A 2015 study found that people living on streets with more trees had a boost in heart and metabolic health. S

Additional studies have shown that tasks conducted under the calming influence of nature are performed better and with greater accuracy, yielding a higher quality result. Spending time in gardens, for instance, can improve memory performance and attention span by 20 percent.

Children reportedly gain attention and working memory benefits when they are exposed to greenery, says a study led by Payam Dadvand of the Centre for Research in Environmental Epidemiology in Barcelona. In addition, exposure to natural settings may be widely effective in reducing attention deficit/hyperactivity disorder symptoms in children.

This applies to adults as well. Research has also shown that being around plants helps you concentrate better at home and at work. Charlie Hall, Ellison Chair in International Floriculture believes that spending time in gardens can improve attention span and memory performance by as much as 20 percent.

Kiser noted that all of these benefits reinforce the importance of maintaining green spaces.

“It’s great to know being outside is good for you.,” he said. “So, mow your lawn, trim bushes, throw a ball with the kids, plant a butterfly bush together, and get your hands in the dirt. Do get off the Internet and take a break from being cooped up inside. Get outdoors with your family, get your feet in the grass and your hands in the soil. Just do get outside.”