What kind of meteorological madness awaits you this upcoming winter season? 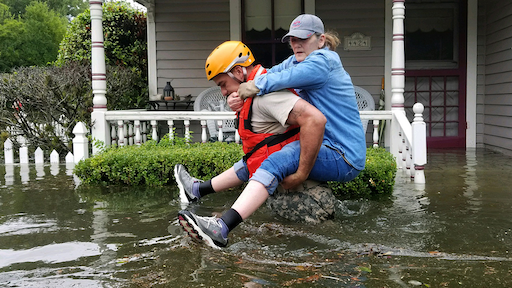 As I write this, parts of California, Idaho, New Mexico, Arizona, Nevada, Oregon, Washington, Colorado, Utah, Montana, North Carolina, Tennessee and Georgia are on fire. Parts of Texas and Florida are still without power while recovering from hurricanes Harvey and Irma, and a line of hurricanes are waiting to make landfall behind them. To boot, earthquake swarms are threatening not only Yellowstone, but are also ongoing in Idaho.

If the last couple of months has taught us anything, it’s that you shouldn’t overlook Mother Nature’s power. That becomes even more relevant when your business depends on the weather. With Hurricane Harvey and Irma recently passed, and Hurricane Jose threatening to close in soon, snow and ice removal contractors have to be wondering what’s in store for the upcoming winter season. Does it promise to be just as brutal as summer or is it going to be as mild as last year?

While the Farmers’ Almanac should only be considered a guide and not an undisputable weather resource, the Associated Press says, “The Farmers' Almanac predicts a snowy winter from Maryland to Maine with five coastal storms to bring winter misery to the region.”

The almanac also “suggests colder-than-normal temperatures for eastern and central regions, wetter-than-normal weather for southeastern states and drier-than-normal conditions for the nation's western third that was pummeled by snow last winter.”

Temper your excitement, though, with the fact that the Farmers’ Almanac predicted heavy snow in the Midwest and Middle Atlantic states last year. Those winters, in actuality, were milder than predicted.

As certified consulting meteorologist Mark McGinnis warns in “Winter 2017/ 2018: An Early Forecast," one can never guarantee an entirely accurate weather forecast, especially months in advance. If your local meteorologist says otherwise, it’s safe to say that he or she’s a quack. That being said, however, McGinnis offers some useful information for the upcoming winter season that you should check out. Things may be looking up for your snow and ice removal business prospects this year.

Either way, get your shovels, plows and snow blowers ready. Whether this winter is mild or severe, one thing is for sure. It’s on its way soon.

Consumer behavior in the age of COVID-19
Michael Paladino
May 22, 2020