The lack of snow during winter means some plowing businesses are taking a hit to their bottom line. 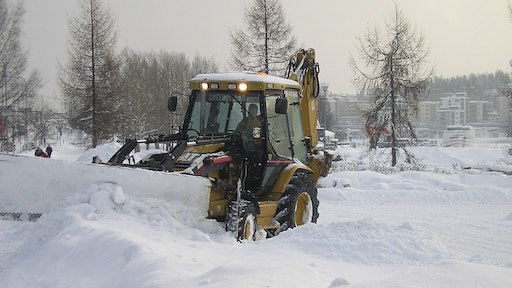 Winter weather is completely unpredictable, which makes business challenging for snow plowing contractors. The lack of snow in Wisconsin during the 2018 winter meant plowing businesses in Milwaukee took a hit to their bottom line. One local company was not even sure if it could make up what's been lost from the lack of the white stuff.

Read next: Colorado Landscaping Company Gets Creative When There Is No Snow to Plow

Dan Neary sat in his office instead of outside running his plow truck. Last winter was very slow for his company, Rockstar Landscaping and Plowing. Neary shared how the lack of snow was affecting his business in an article with Milwaukee news station TMJ4.

"We haven't really plowed at all," said Neary. "We might have touched up a couple of lots. We might have gone out seven or eight times to do saltings."

By this same time last year, his company had been out plowing snow about a dozen times. In order to keep paying his workers during this season, he started doing tree removals. "I would say it's a bad year already," said Neary. "As of today, we are looking at 10 percent of what we made last year."

So what does this winter have in store? The Old Farmer's Almanac predicts above average precipitation amounts for some areas of the country, but that doesn't necessarily mean snow.

Read next: What Will Winter 2020 Bring for Snow Removal Contractors?

*This article was originally published in January 2019 and updated in September 2019.

When the Job Calls for Versatile Plowing