Product is safe to use around people, animals, delicate environments and water 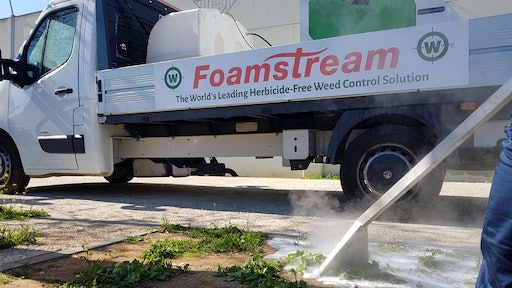 Foamstream by Weedingtech recently unveiled the L12, a smaller tank and sprayer designed to fit on UTVs and pickup trucks for use with its herbicide-free weed treatment Foamstream.

Made from natural plant oils and sugars including wheat, maize, potatoes, rapeseed and coconut oil, Foamstream uses a patented process combining hot water and the foam to kill weeds. It was developed in 2011, during the height of the glyphosate debate, and since then, Weedingtech has produced different sizes of sprayers that hold and distribute the foam spray.

The spray is increasing in popularity among municipalities that want to remove weeds without using chemicals. England-based Weedingtech has been selling the foam spray in the United States for the past 18 months.

Unlike other herbicides, the company says Foamstream stands out because it uses heat as its active ingredient, which means it is safe to use around people, animals, delicate environments and water. 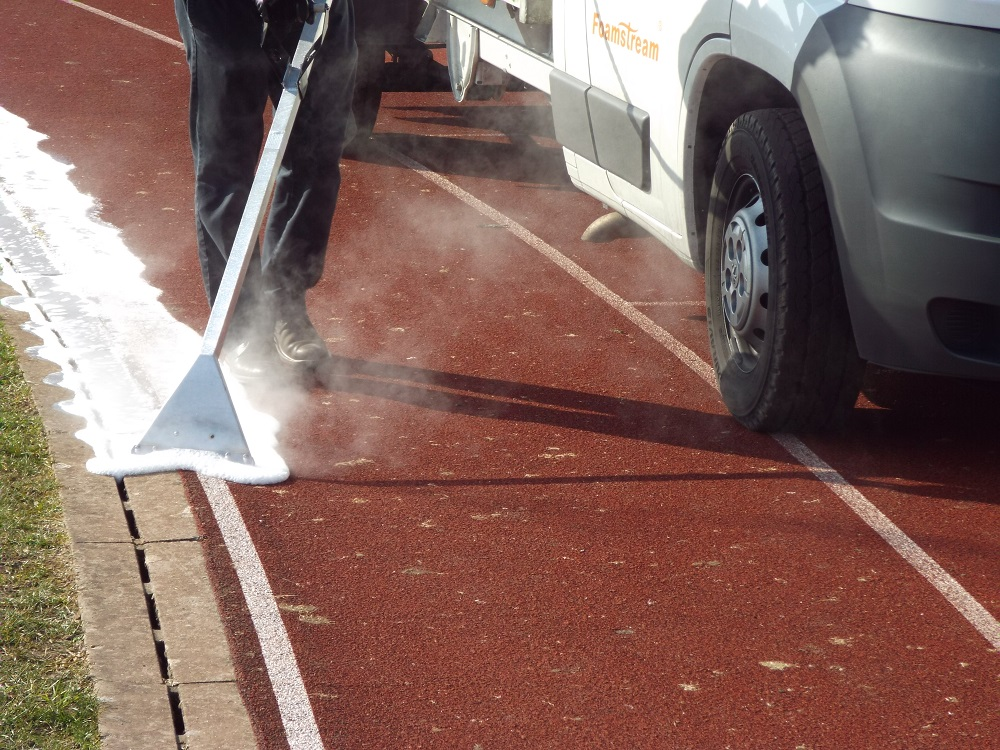 Many cities use the herbicide-free weedkiller Foamstream to kill weeds along sidewalks, roads and other hard surfaces.Weedingtech

“A lot of our customers both in North America and Europe are municipalities, who use it on hard surfaces, sidewalks, roads, artificial surfaces like sports grounds, beds at parks, places you want weed free,” de Montaignac says.

In North America, Foamstream is used in Central Park and parks in New York City as well as the cities of Miami, Seattle and Santa Monica.

The L12 doubles as a high-pressure washer to clean sidewalks, benches, street signs and even remove chewing gum from surfaces. There is a low-pressure setting for more delicate surfaces, such as sandstone.

The spray, which is 95% water, uses 1.85 gallons of water per minute. As long as the water is clean, reclaimed water and other sources can be used with Foamstream.

The heat and water allow the foam to travel down to the root and kill the weed, de Montaignac says. The spray also sterilizes the seeds of weeds.

“The results are instantaneous. The moment you treat the weed, you see it change color, wilt, start the dying process,” he says. “You can use it in any weather, so it doesn’t matter if it’s windy or raining. You don’t need any special training or certification to use it. And you can use it anywhere without restrictions. The final thing, from an operator point of view, they don’t have to wear safety gear (when spraying), as well.” 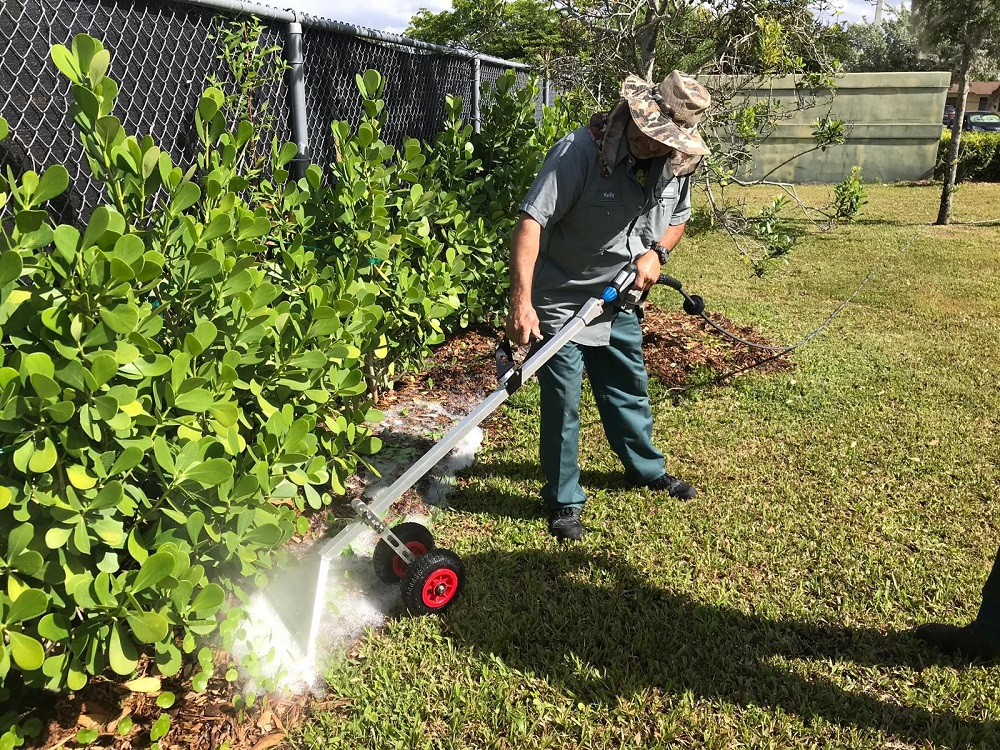 Workers using herbicide-free weedkiller Foamstream do not need to use protective equipment during applications.Weedingtech

Two to three treatments a year are required to keep weeds at bay, they say. There are no certification or training requirements for workers to use the spray.

“So, with our technology, they put on their gloves, their boots, their sunglasses and they go out to the park and kill weeds,” de Montaignac says.

The foam spray is safe to use around people, animals, water and delicate environments, the company says.

Sarasota County already bans the use of nitrogen and phosphorous during the rainy season, but giving up fertilizer entirely ups the ante.
September 6, 2018

Organic Can Be a Force of Nature for your Business

Naturally, more and more consumers are getting curious about organic lawn care as the buzzword continues its eco-conscious climb in popularity.
Carrie Mantey
August 14, 2018

Mirimichi Green is incorporating 2 percent of its micronized liquid carbon into all of its liquid fertilizers and bio-stimulants.
Mirimichi Green
July 25, 2018

Need to Beat the Heat and Drought Stress?

How to Prevent Ticks in Your Yard

Everyone hates the pesky blood-suckers, but there are environmentally healthy ways to remove them from the yard.
Margeaux Sippell
May 15, 2018

Lawn care chemicals can be harmful to more than just pests and weeds. These problems can be handled safely.
Peter A. Miller
May 15, 2018

Changing landscaping trends can be hard to keep up with. Here are a few to look out for this year.
May 2, 2018
Follow Us