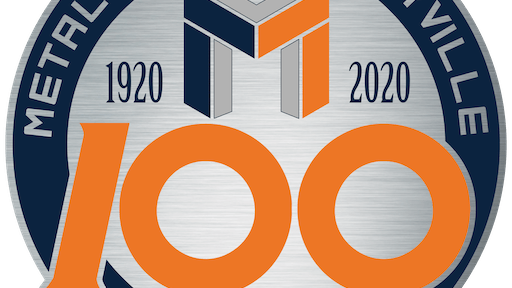 In 1926, J. Dorst Company, a die sinking business, also began in Mayville. The company eventually converted into a metal stamping operation which produced parts for the automotive industry, as well as for Peerless Traveling Goods. The company name was changed to Dorst Metalcraft in the 1940’s, and the business again changed its focus to sheet metal fabricating, producing items to customer contract specifications. Dorst Metalcraft purchased the assets of Peerless Traveling Goods in 1958.

Dorst Metalcraft was purchased by Edwin A. “Ned” Gallun, Jr., in 1973 and within a year, a new 63,000 square-foot plant was built on 30 acres of land at the corner of Slag Road and Highway V. In 1974, the company name officially changed to Metalcraft of Mayville, Inc., and a section of County Highway V was renamed Metalcraft Drive. The company employed approximately 100 men and women by the end of the decade.

Metalcraft continued its tradition of metal fabrication for a variety of industries, but also entered the commercial lawn mower industry with its purchase of Scag Power Equipment in 1986, whose products had been built under contract by Metalcraft since Scag’s beginnings in 1983. The Scag brand would quickly become a top choice of lawn care professionals and continues to reinforce its position today as an award-winning industry leader.

Today, Metalcraft still calls Mayville its home, but now also has factories in West Bend and Beaver Dam. In recent years, the company has further expanded, acquiring an automation division consisting of FJR Manufacturing (West Bend) and Gamache Systems (New Berlin). Metalcraft most recently also acquired Versatran (Watertown), a manufacturer of the “Retriever” line of heavy-duty truck beds for equipment transportation. The total employee count at all six facilities currently stands at over 850.

“It is truly remarkable to reflect on our 100 Years of Heritage in the Mayville community,” says corporate chairman and CEO, Martin Gallun. “I am humbled to claim a small part in that Heritage and excited about the future of Metalcraft and what that will bring. As remarkable as 100 Years is, I truly believe that the best is yet to come.”